Glyve “Fenriz” Nagell – a black metal musician, disc jockey, and postal worker – was elected against his will to town council in Kolbotn, Norway.

A postal worker? Taking a risk there, aren’t they?

Fenriz, of the band Darkthrone, explains –

My campaign was a picture of me holding my cat saying, “Please don’t vote for me.” But people just went nuts. After the election, the boss called me and told me I was a representative. I wasn’t too pleased, and I’m not too pleased about it. It’s boring. There’s not a lot of money in that, either, I can tell you!

Here is the cat, whose name loosely translates into English as “Peanut Butter” – 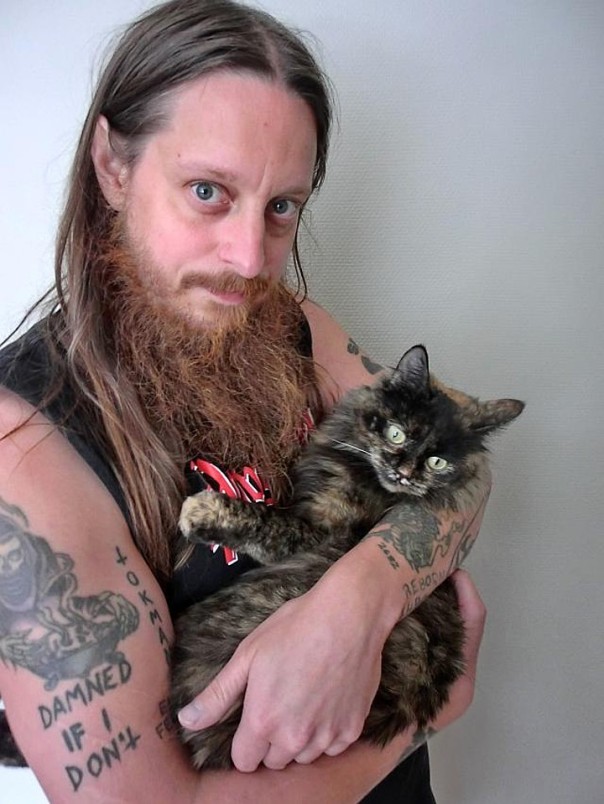 Peanut Butter will dictate town policy through its human host

Basically, I have to step in when the usual people who go to the big meetings are sick or something. Then I have to go sit there and feel stupid among the straight people.