← The Flash
The Dead Milkmen Window →

Been a busy few days, but here’s some randominomity of late –

Ain’t no analogy for individuality 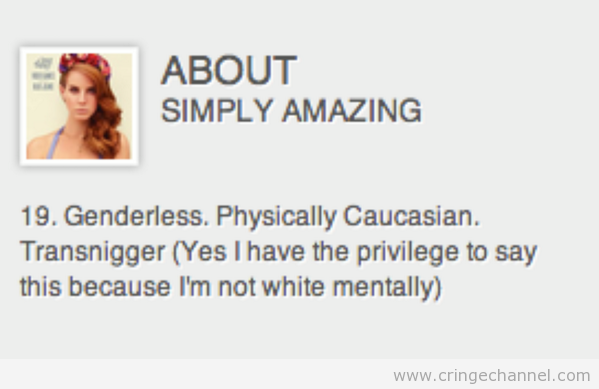 I won’t be surprised if CisBlack Privilege is a thing soon.

Don’t give me chase

Next time you get pulled over for a DUI tell the cop you identify as sober. #DavesTips

If I ever win the lottery I’m gonna tell the IRS I can’t pay any taxes because I identify as a bankrupt homeless alcoholic.

Tell me my sanity

Parents in Minneapolis are angry that Starri Hedges, director of the private Gaia Democratic School, took students on a field trip to a sex shop. Some of the kids were as young as 11, because it’s never too soon to start  developing one’s sexual identity.

The “beautiful” trip may have been in violation of city codes. Hedges regrets that there probably won’t be another such trip, “because the kids had so much fun.” What kid doesn’t love purchasing their first condom?

I had to quit watching after about 6 minutes. The video rolls like a retarded-yet-serious version of Sheldon and Amy’s “Fun With Flags,” including this rapier-like failure at humor –

Starri: “…Bill is our newest member at Gaia Democratic School. He is a rainbow member.”

Bill: “Is there a pot of gold at the end of the rainbow?”

Starri: “That’s right, and the pot of gold is free thinking.”

There’s no reset for this game!

The season finale of Flash was pretty trippy. Not sure about some of their time-travel logic, but it seems they may have structured it that way specifically as a plot point to revisit in the, uh, future. Some interesting questions of the Thawne’s identity there, both throughout the season and especially the way the finale ended. Not to mention all of Barry’s secret identity problems (for one of which he apparently borrowed Hillary’s “Reset” button, and it worked just about as well this time).

The show must get credit for one thing, though… there’s often been jokes of people doing this, but Flash is the first time I’ve ever seen it demonstrated literally – 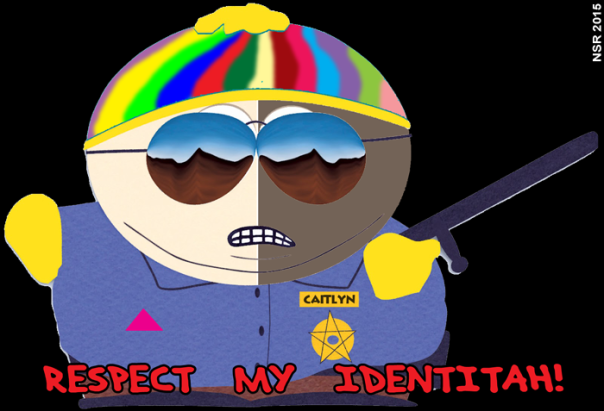 ← The Flash
The Dead Milkmen Window →